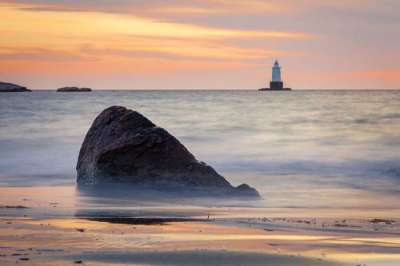 Tiverton is an 11 mile community on the Sakonnet River along a tidal strait dotted with moorings and marinas that empties into the Atlantic. Tiverton is a tranquil town with great views of Mount Hope Bay, built on a mountaintop with only four stoplights.

Established in 1747, In the beginning, farming, fishing, and boat building were the mainstays of Tiverton’s economy. Until 1900, menhaden oil, a fish derivative, was produced in Tiverton. Wool and cotton mills helped Tiverton’s economy as early as 1827. The town’s main employers are now trade establishments. Due to Tiverton’s serene, tranquil setting, retirees and families have purchased homes and houses as vacation rentals and permanent residences for many years. Standish Boat Yard or surrounding marinas sell slips to sailors. Kayakers paddle downriver to the beach from Stonebridge near Grinnell’s Beach.

Residents who own Tiverton real estate nowadays appreciate the charming shops of Tiverton Four Corners, a historic town in South Tiverton. Roseberry-Winn Pottery and Gray’s famous homemade ice cream are among the shops. Evelyn’s Drive-In, which serves a variety of seafood including stuffies (Rhode Island slang for stuffed quahogs) and lobster chow mein, is also popular. 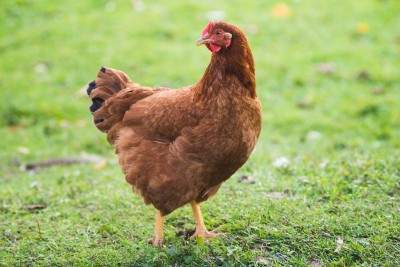 Located in southeastern Rhode Island in Newport County is Little Compton. Little Compton real estate includes magnificent summer houses as well as unique properties such as vineyard estates, beachfront acreages, historical structures, new construction, and custom constructed homes.
Residents of Little Compton place a great value on open space, agricultural land, and its sandy beaches. South Shore Beach and Goosewing Beach are two public beaches that are both attractive and diverse. The Rhode Island Red, the state bird of Rhode Island, was chosen in Little Compton. The fishing fleet departs daily from the Sakonnet Wharf to support the fishing industry. Many people consider Little Compton to be a great vacation spot because of its colonial New England charm.

When looking at Little Compton real estate, you’ll see that the town common is home to the majority of the town’s stores and eateries. The johnny cakes at the Commons Lunch are legendary. Crowther’s on Pottersville Road, the Art Café, and the Stone House, a resort with two gourmet chefs serving distinct cuisines, are among other restaurants. During the summer, farm stands, which are becoming increasingly popular, sell a range of foods, fruits, and vegetables.

Little Compton is home to a number of historic structures and homes from the 18th and 19th centuries. The Quaker meeting house on West Main Road, Town Hall, Number 8 Schoolhouse, Wilbur’s Store, and the United Congregational Church are just a few of the buildings situated around the town commons. There are also a few 17th century structures still standing, such as the Wilbur and Peabody houses. The Asa Gray house, Oldacre, the Slicer house, the Brownell residences, the William Whalley Homestead, and the Brownell Library on the Commons are all historic homes.

Little Compton’s town common is the only one in Rhode Island. The town common has been utilized as a focus for religious and social events since 1677. After being colonized by a company commanded by Captain Benjamin Church, Little Compton was incorporated to Plymouth Colony in 1682. In 1746, Little Compton was annexed to Rhode Island by Royal Decree. The “Sagonate” or “Sakonnet” Indians were the first inhabitants of Little Compton. They fought alongside the settlers against Wampanoag Sachem King Philip.  The town’s southern edge is still referred to as “Captain Church cleared the territory for settlement here”, called “Sakonnet.” Until the British took Newport during the Revolution, the Little Compton community enjoyed peace and prosperity. The villagers fought back several times when small parties of British garrison entered Little Compton. At the Taggart House, it is said the settlers “bushwacked” the British raiders.